Thank you everyone for all your support.  With USA in the Final and Canada in the 3rd place match there is no possibility for you to see us again on the field at the Olympic Games. We've loved every minute of the games and we owe a large part of that to your support.  A special thanks to Official Sports International for their assistance in making this experience extra wonderful.

Although we are disappointed, we can't wait to see USA go for gold this coming Thursday.  Please throw all your support behind Team USA.

See you back in the states:  Kari, Veronica & Marlene.
Posted by Anonymous at 11:22 PM 4 comments:

Yesterday's Quarterfinal was a truly memorable experience.  Not only did we truly enjoy our trip to Glasgow and the wonderful people we met along out journey, the match held many unique experiences as well.  Starting with the Scottish weather.  Warm-ups began with beautiful sunny skies, but as the FIFA anthem began for the walk out so to did the rain.  And it rained off an on for the full 90 minutes.  The pitch was the best pitch I've ever been on and you'd never had known it was raining as no grass come up on any slide tackle, and I luckily didn't regret wearing turf shoes! Additionally, if you had a chance to watch you might have noticed we started in Light Blue and ending in Red jerseys.  At FIFA events, the choice of color is not our own and word came down that red (despite the GK for France in orange) was a much better choice.  We agreed!  The match it self was good too, the outcome as it turned was very different than this same match up from the WWC last year which this crew officiated, with the French scoring more goals than Sweden.  My assistants had to work really hard in this match, for many very close offside decisions.  Well done guys!  Great team effort and we thank everyone for all their support.

Men's quarterfinal appointments are out.  Our crew was selected to referee the match between Egypt and Japan on Saturday, August 4, at Old Trafford in Manchester.  The match is at noon local time (7am EST for those on the East coast), so get the DVR ready unless you are up early!  Just to keep us loose, we have light physical training tomorrow morning and will depart for the train station early afternoon.  It is approximately a 2 hour train ride, so we'll be in the city by late afternoon.  We are looking forward to the match as we kick off the men's portion of the knock-out stage of the competition.  As always, thanks for all the well wishes and support!

The women have wonderful news to share. We have been appointed to work on the quarterfinal match between Sweden and France in Glasgow, Scotland. The match will be on Friday, August 3rd, at 12 pm local time (7am EST). We are honored and excited to work such an important match. The match will be played at Hampden Park, which is Scotland's national stadium, and has hosted important games including the 2007 UEFA Cup Final. This match is a rematch of last year's FIFA Women's World Cup 3rd/4th place match that we also officiated as a crew. For this reason, and the significance this match plays in the run towards an Olympic medal, we know that we have to be even more focused and to "expect the unexpected." Now, time to start packing my bags to travel first thing tomorrow morning...
Posted by Veronica Perez at 3:20 PM 3 comments:

With Kari out being a 4th official in Cardiff and Mark traveling to his next 4th official assignment, the 3 assistants from the US (me, VP, and Sean) took the opportunity to watch the first international women's match to be played at Wembley Stadium, Great Britain versus Brazil.  Fortunately for me and VP, Sean was there the night before and had already scoped out some of the cool historic things in the stadium like the cross bar he mentioned in his last post.

The energy in the stadium was electric and when Great Britain scored, the roar from the home crowd was amazing.  Apparently this was the largest crowd to ever watch a women's football match in England and it was definitely unbelievable.

The next round of appointments comes out today.  Keep your fingers crossed for us.
Posted by Marlene at 1:57 AM 2 comments:

Wembley Stadium...  To the football (soccer) enthusiast, this venue is considered hallowed grounds and home for some of the most memorable matches in the sport.  On Sunday, many of us were fortunate enough to attend a group stage match there where Great Britain played host to the United Arab Emirates (UAE).  The referee trio from Mexico officiated the match with Mark G. serving as the 4th official. 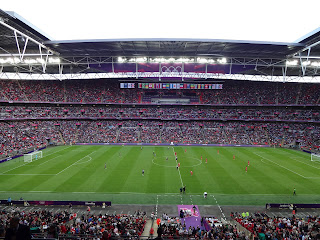 The venue was as magnificent as advertised, both from the field and the stands.  The atmosphere was electric with 85,000 fans in attendance, which certainly added to the overall experience.  The match was quite enjoyable and the referee team performed at optimal levels.  The venue managers have everything well coordinated, down to the flow of spectators leaving the grounds after the match.  Most spectators take mass transit to the stadium, so the "Tube" is the most popular mode for transportation to and from the venue. 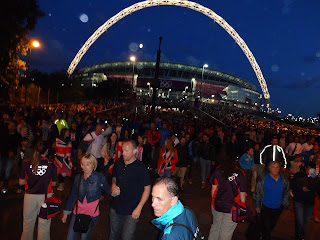 Below is the actual cross bar from the 1966 World Cup Final where England and Germany squared off. 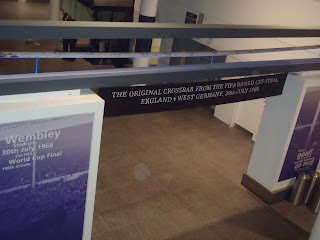 In all, quite a great experience.  Tonight we get to go to the stadium again to watch the Great Britain women play against Brazil in the last group stage game.

Email ThisBlogThis!Share to TwitterShare to FacebookShare to Pinterest
I had one hour before breakfast and our pre-game meeting to see a little Cardiff.  It  isn't often you can be in a castle and see a soccer (football) stadium.  A really cool experience and special thanks to the folks at the Cardiff castle for giving me the Olympic discount (read: free).  Off to the game Japan v S. Africa, as the 4th offical.  Wish us luck.  Every game at the Olympics is important and we are looking foward to it.

Posted by Anonymous at 4:04 AM No comments: 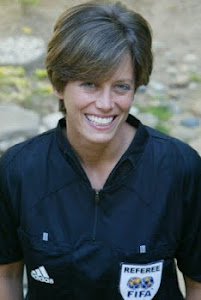 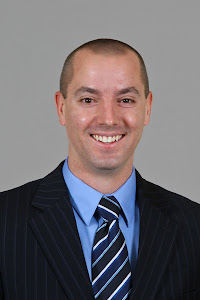 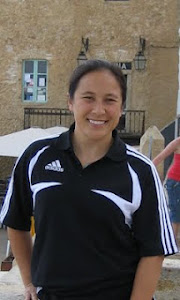 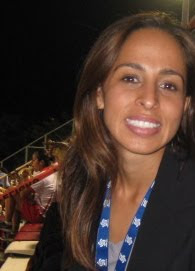